The Heat Exchanger World Americas 2022 will be held in the Pasadena Convention Center in Pasadena, Texas.

Pasadena is a Texas city located about 14 miles southeast of Houston in Harris County. The city is serviced by several thoroughfares, including Texas State Highway 225 (known as the Pasadena Freeway), Interstate I-45, and the Sam Houston Tollway. Pasadena is bordered by Deer Park (to the east) and Jacinto City (to the north). The city is home to San Jacinto College, the University of Houston at Clear Lake and the Texas Chiropractic College.

Founded in 1893, Pasadena was named for Pasadena, California, due to its lush vegetation and the similarities in natural beauty between the two cities. The advent of the La Porte, Houston and Northern Railroad in 1894 opened the area for development as a farming community. After the devastating Galveston hurricane of 1900, Clara Barton of the American Red Cross purchased over a million strawberry plants for Gulf Coast farmers, quickly establishing Pasadena as the strawberry capital of the region. Incorporated in 1928, Pasadena slowly transitioned from a farming economy to an industrial one. By the time of World War II, a major increase in the ship-channel industries solidified the transition in the city’s economy. Employment in Pasadena today is still closely linked to the ship-channel industries as well as the Lyndon B. Johnson Space Center in adjacent Clear Lake. 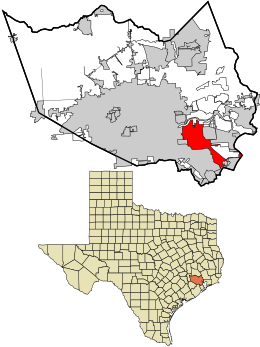 Pasadena has several museums, including the Pasadena Historical Museum and the Bay Area Museum. The Armand Bayou Nature Center is one of the largest urban wildlife and wilderness preserves in the nation. Pasadena also has a community theater, the Pasadena Little Theatre, which is one of the oldest continuously operating community theatres in the Houston area. The Pasadena Rodeo and Livestock Show is a yearly showcase event sanctioned by World Class Rodeo (WCR) which provides rodeo fans the opportunity to see world class athletes and livestock. A signature event in Pasadena is the annual Pasadena Strawberry Festival, which features live entertainment, arts and crafts, a carnival midway, and lots of strawberries. Some of nearby Houston’s premiere attractions include the following:

Also in Houston are several major-league professional sports teams. These include the following:

We use cookies on our website to give you the most relevant experience by remembering your preferences and repeat visits. By clicking “Accept”, you consent to the use of all the cookies.
Cookie settingsACCEPT
Manage consent

This website uses cookies to improve your experience while you navigate through the website. Out of these, the cookies that are categorized as necessary are stored on your browser as they are essential for the working of basic functionalities of the website. We also use third-party cookies that help us analyze and understand how you use this website. These cookies will be stored in your browser only with your consent. You also have the option to opt-out of these cookies. But opting out of some of these cookies may affect your browsing experience.
Necessary Always Enabled
Necessary cookies are absolutely essential for the website to function properly. This category only includes cookies that ensures basic functionalities and security features of the website. These cookies do not store any personal information.
Non-necessary
Any cookies that may not be particularly necessary for the website to function and is used specifically to collect user personal data via analytics, ads, other embedded contents are termed as non-necessary cookies. It is mandatory to procure user consent prior to running these cookies on your website.
SAVE & ACCEPT